TCAL exists to Restore Character, Revive Community, and Reform Competition within the schools and educational organizations that comprise our league.

TCAL will establish local districts and regions to facilitate specific events whereby schools can not only compete, but also collaborate, build relationships, and actively serve their communities.

TCAL will actively promote values conducive to the renewal of communities and the rescue of youth through the power of organized athletics and academics. TCAL will offer a single league solution to the various educational organization of Texas. TCAL will offer Leadership intern programs to its members to specifically harness, channel, and develop the character of students for a lifetime of service. TCAL will honor its students, coaches, parents, and teachers by organizing and offering excellence in all the events it produces. TCAL will organize various groups which will assist us in fulfilling the mission, purpose, and vision of our league.

Texas Christian Athletic League (TCAL) was the vision of Dr. Gilbert Perez and Coach David Mixon in the fall of 1990. They envisioned a Christian league alternative for the Private Christian schools of Texas. Upon finalization of the business plan, Darryl Crain, recently back from College, was employed as the Secretary of the newly formed group and phone calls began. The 1991-1992 school year was the maiden voyage of TCAL which saw 18 schools join and participated in a wide variety of activities.

By the 1994-1995 school year, Darryl Crain became the Executive Director as Coach Mixon became Athletic Director at a Christian school in North Texas. Having understood and worked under Dr. Perez and Coach Mixon, Darryl Crain became very familiar with what was important in building a Christian league and allowing it to continue growing. At the end of the 1995 school year TCAL had grown to 54 schools.

A turning point came in the summer of 1998 when Mr. Crain finished the official TCAL manual. It was published and sent to the member schools in Texas with job descriptions, forms, and specific ‘casebook’ scenarios that were specific to smaller or newer schools. At the end of 1998 TCAL had grown to over 75 schools.

The 1999-2000 school year began with 106 schools enrolled in TCAL and an infrastructure set that would allowed some of the best minds in Christian education to be directly involved in the growth, directions, and vision of TCAL.

As the Century changed however, so did the leadership of TCAL. Mr. Crain became Pastor Crain as he accepted a job offer from the South Texas Church of the Nazarene to plant a church. It was immediately apparent that he could not do both jobs, so Pastor Crain resigned as Executive Director of the organization to concentrate on ministry.

From 2001-2007 several able minded men filled the position of Executive Director but the league began to diminish and be divided with other groups forming and most schools opting out. In the Summer of 2007, Pastor Crain had lunch with the remaining leadership team of TCAL and was asked to again take leadership of TCAL.

At the beginning of the 2008 school year, Pastor Crain, now Dr. Crain, began to recruit schools, restore and revive the TCAL manual, as well as solicit the help of the schools that remained. By the end of the year, TCAL was forced to disallow two of the eight schools, but we finished with 24 members.

IN 2010 TCAL the leadership decided to allow public charter schools, and in 2012 we introduced 11MAN football for the first time in the leagues history. In 2013 we hired Leah Frazier-Dixon as our Associate Director of Recruiting and eligibility. In 2014 we also added Alan Branch as our 4A Basketball Commissioner. We currently have Nathan Tannehill who was promoted to the position as Athletic Director. TCAL continues to experience unprecedented growth as new and former schools join.

TCAL is positioned to be THE premier High-School athletic league not only in the State, but in the Nation as well. With new partnerships, wonderful schools, and a unified leadership team, TCAL is bound to live up to its creed of ‘Our Standard is…Excellence!’ 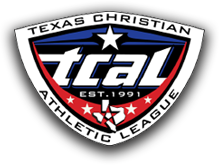